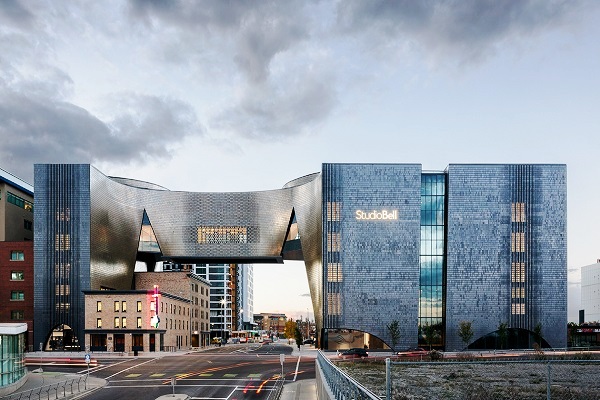 At once a performance hall, recording facility, broadcast studio, live music venue, and museum, Studio Bell is the first facility of its kind in North America.

Our roots can be traced back to the installation of a pipe organ—known as the Carthy Organ—in Calgary’s Jack Singer Concert Hall in 1987. With the Carthy came the genesis of the International Organ Festival and Competition presented by TriumphEnt, which ran annually in Calgary from 1990 to 2002. The Carthy and the success of the festival subsequently inspired the creation of a new organization, the Chinook Keyboard

Centre, which began developing a collection of keyboard instruments in mid-1996.